Expert Advice on IT & Cybersecurity

As One of the Best IT Consulting Firms, Failure is not an Option! 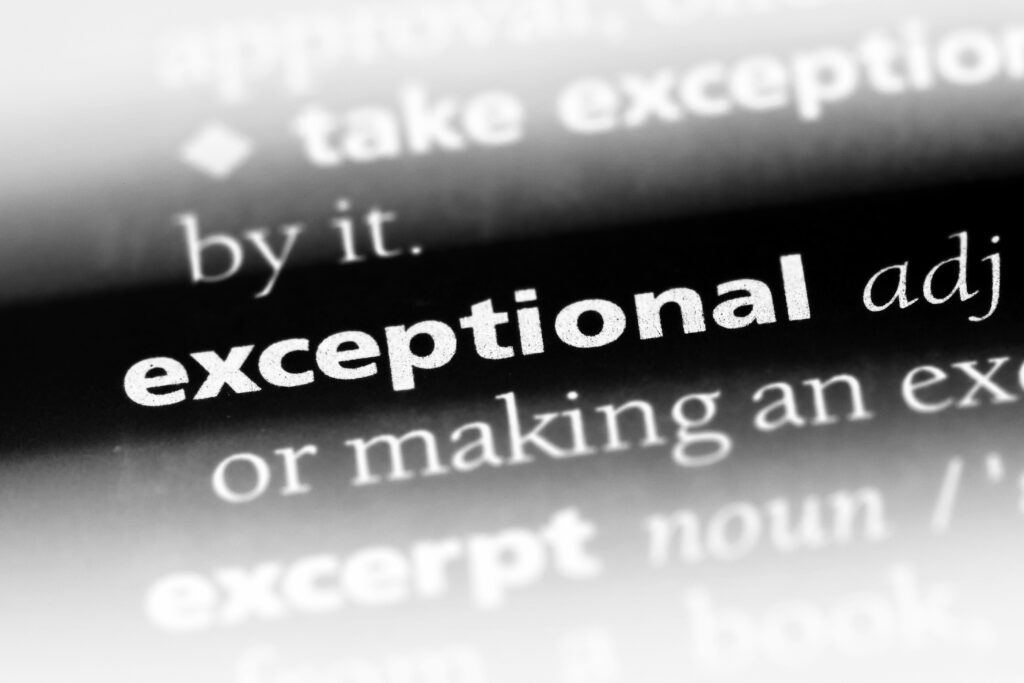 Most businesses are well intentioned and try to be exceptional so that they can stand out from the competition. But, as with most things in life, hope and good intentions are not enough, and failure often follows.

Here at Antisyn, we’ve woven the concept of being miles above average into the very fabric of our company by setting our second Core Value as precisely “Be Exceptional, Not Average.” This assures that we strive to live a results-focused culture every single day.

But what does being exceptional mean to us?

The inspiration for this core value came directly from the “failure is not an option” ethos of the Apollo 13 mission in which “Houston, we’ve had a problem” didn’t turn into a fiery disaster, but instead went down in history as an example of amazing teamwork.

Failure is not an option

Remember the Apollo 13 mission — if not the original 1970 event, then the iconic 1995 film directed by Ron Howard?

Despite horrendous odds after a major accident in space, the legendary crew of Lovell, Swigert, and Haise all made it safely back to Earth from over 200,000 miles away because everyone involved with the mission decided they would not fail – it just wasn’t going to happen.

As part of their research for the script of the Apollo 13 movie, writers interviewed the original mission control personnel. One of the writers’ questions was, “Weren’t there times when everybody, or at least a few people, just panicked?”

FDO Flight Commander Jerry Bostick, a key flight controller in the rescue, replied, “No, when bad things happened, we just calmly laid out all the options, and failure was not one of them.”

In the movie, this was illustrated with Ed Harris’s Flight Director Gene Kranz saying, “We’ve never lost an American in space; we’re sure as hell not going to lose one on my watch. Failure is not an option.”

We’re determined not to lose.

Here at Antisyn, we’re not in the business of dangerous space missions, though securing business networks in and around Jacksonville sure can feel like it sometimes! Regardless, we dedicate ourselves to the same no-lose attitude that got the crew of Apollo 13 safely back home. We’re firm believers that if we can keep this concept core to our culture, that as a team we will be able to overcome any obstacles we encounter.

We dedicate ourselves to delivering amazing results for all of our customers and our commitment to being exceptional can also be expanded in a few important ways.

To achieve OUR mission, we have to be results-focused. Always.

Being exceptional means focusing on results over getting hung up on the details of particular problem-solving processes.

Of course, achieving amazing results often means having solid, tried-and-true processes in place, but we also encourage a “whatever it takes” mentality to reaching the best possible outcomes for our clients.

This can often mean coming up with creative or novel solutions to tricky issues, and we make sure our team members feel empowered to always go above and beyond for our clients – to tie in our first Core Value – Focus on the People – and serve you and your business on a personal level.

To underscore how serious we are about this attitude, I’ll share that this “Be Exceptional, Not Average” Core Value is our only one that we have never re-worded or changed since Antisyn was founded more than a decade ago.

We can’t let obstacles stop us…

“Houston, we’ve had a problem” was mission control’s first notification that something had gone terribly wrong on the Apollo 13 spacecraft. So wrong, in fact, that the lives of the three astronauts on board were now in imminent danger.

The oxygen tank on the command module had exploded and not only was their oxygen supply rapidly leaking from the spacecraft, they had also lost their electricity and water supply. This literally left the astronauts floating in space, without the power and navigation they needed to get back to earth, while rapidly losing the oxygen they needed for water and electricity.

Luckily for them, the thousands of flight controllers and engineers supporting the mission on the ground believed in going above and beyond and overcoming any challenges in their way.

First they had to diagnose the problem – no easy feat given that the explosion happened a lot less dramatically (and therefore a lot less noticeably) in real life than it did in the movie. Not to mention that the very systems they used to identify and diagnose problems on the spacecraft were badly damaged in the explosion.

Then they had to solve the problem – another task that wasn’t exactly easy given the very limited resources available onboard a spacecraft and emergencies that popped up (like impending carbon dioxide poisoning that threatened to kill the astronauts before they could get back to earth).

Nothing about the situation was easy, but nobody gave up. And every time a new problem was discussed, or a new emergency popped up, the response was to simply buckle down, figure it out, and do whatever they needed to in order to get those astronauts back home safely.

If you’d like to be further inspired by mission control’s response to the Apollo 13 crisis, there’s an excellent three-part article “Apollo 13, We Have a Solution” that goes over what happened, how it happened, and how mission control got them home safely against all odds.

The only way we can be exceptional is by continually nurturing this “Failure is not an Option” mindset as a core piece of our culture and making sure that our team has enough resources to achieve our mission. As we grow, we’re continually focused on making sure that we can attract additional exceptional professionals that possess that same “results focused” mentality.

We want Antisyn to be an environment where talented IT support and service experts in Jacksonville enjoy coming to work and are proud of the results they achieve. Our goal is to be a magnet for the best and brightest in our industry, which is why we track employee engagement as a business metric, but also why we make sure to continually invest in all of our employees.

Philipp Graves is our founder and CEO here at Antisyn. Our passion is helping local businesses improve their relationship with technology and turn it into an asset that fuels their growth.